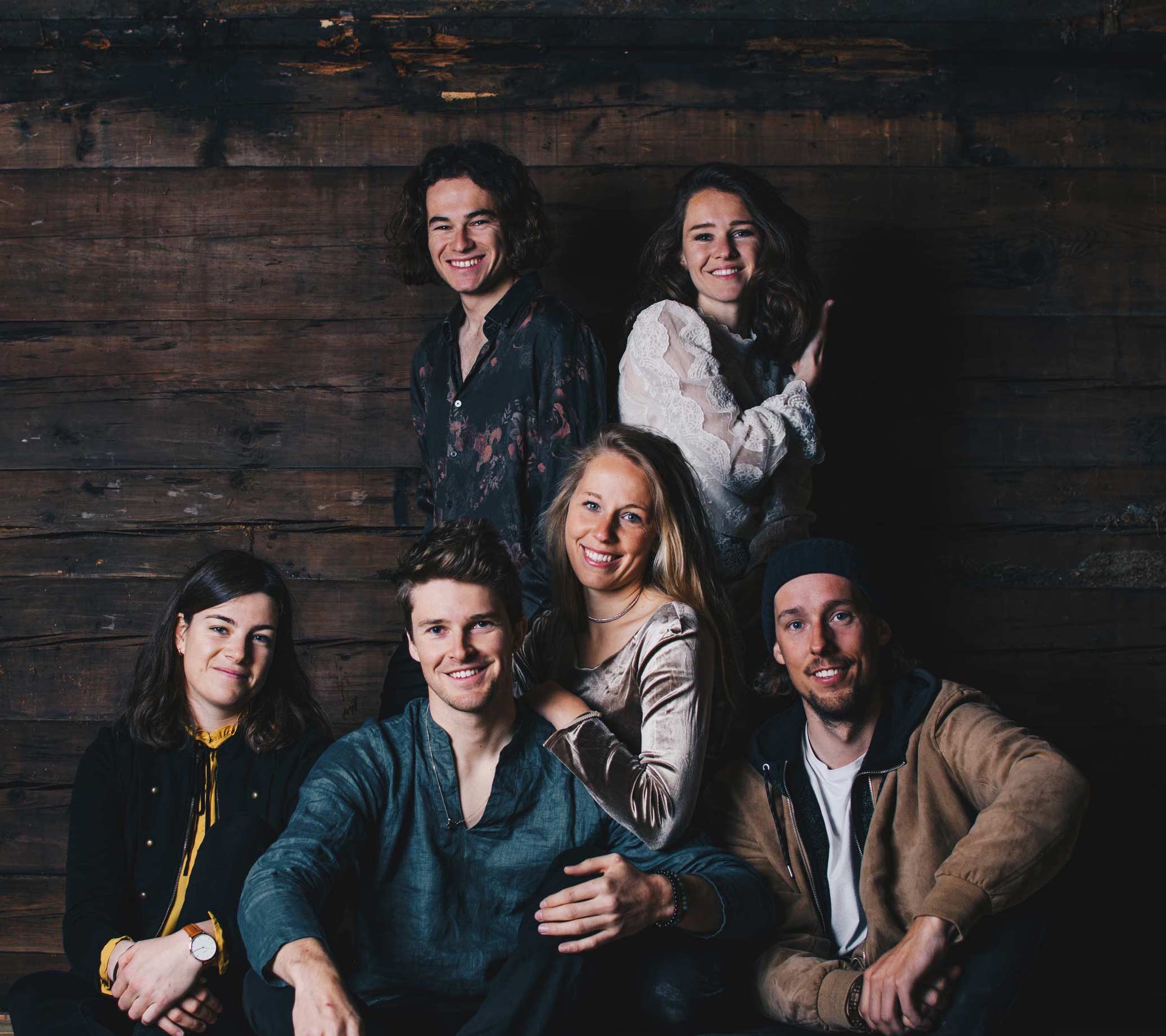 For more than six years, the Zermatt folk-pop formation Wintershome has been enchanting with its lightness and lively musicality. It feeds on a friendly-family cohesion, a deep attachment to nature, and the great naturalness with which they are together and make music. The band has long since crossed Zermatt’s borders. They have delighted as support for Texas and Morcheeba or at prestigious music festivals such as Montreux Jazz, Gurtenfestival or Moon&Stars in Locarno. Wintershome’s debut album “Around You I Found You” was released in April 2018 and entered directly the Swiss album charts on 7th position. American producer Ryan Hadlock took a liking to their demos and made it possible for Wintershome to record their music in Seattle’s Bear Creek Studio where musicians like The Lumineers, Vance Joy and Joe Cocker were already working on their songs.