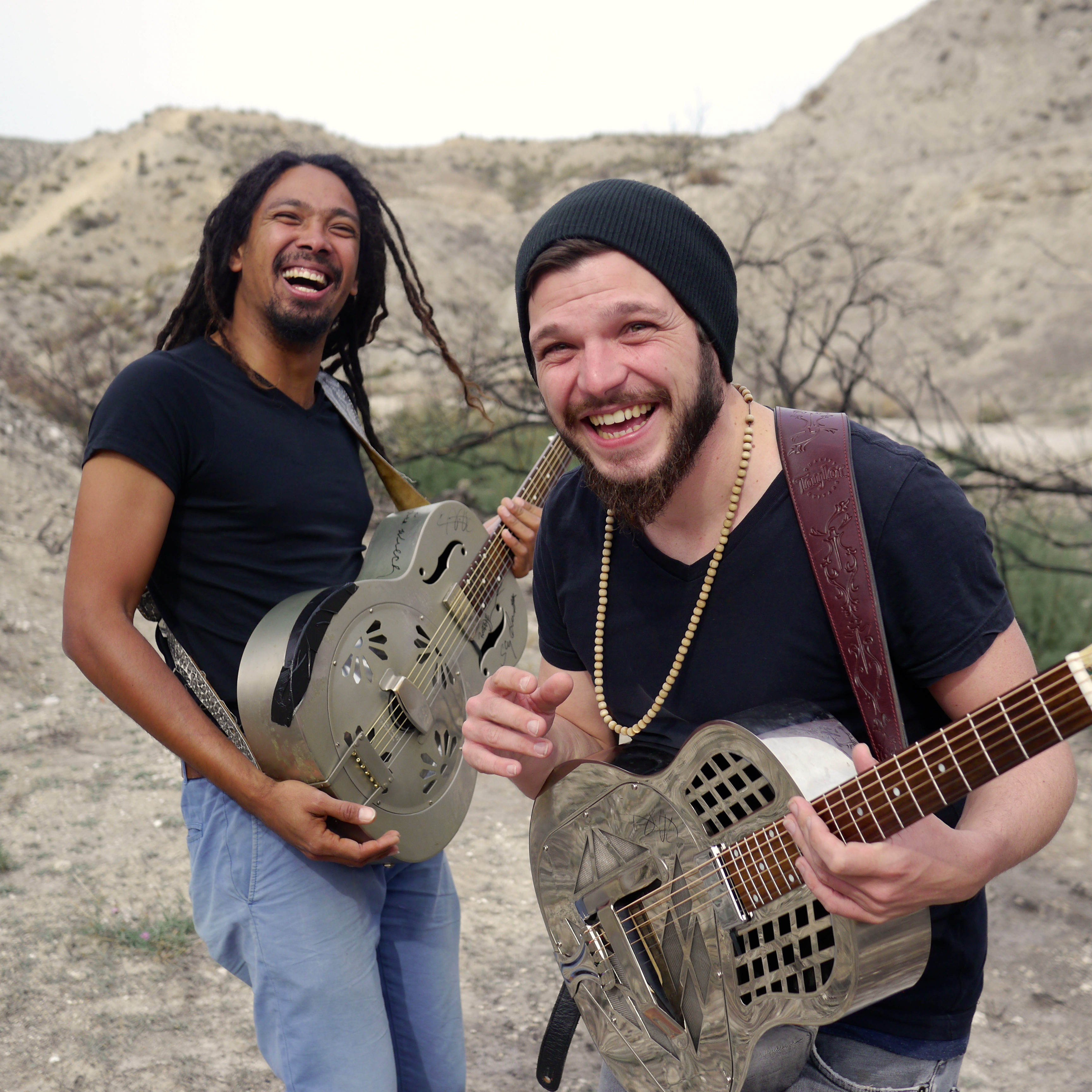 CrossedSouls – Crossbreaded Blues Mountains never come across but mankind meets mankind. Fair enough, for if Swi zerland is known for its mountain heights, Mauritius island is not. Nevertheless, the Blues, the music of tor- mented tales, allowed an improbable encounter between the Swiss musician Thierry Jaccard and the Mauritian Yannick Nanette.  From their roots deeply anchored in the 20’s grows an atypical flow, tinted with modern and creole sounds. The duo takes us on maroon tracks where only these pensive wayfarers roam, with the Blues as a whirlwind, which quakes their souls and bones.  However one is wrong if one links the duo’s music to sole melancholy, for their musical notes shine with positive rays along with their smiling faces. Three years after releasing «Sweet dirty blues», theTWO delivers «Crossedsouls» reinforcing their will to simply forge bonds all way through.