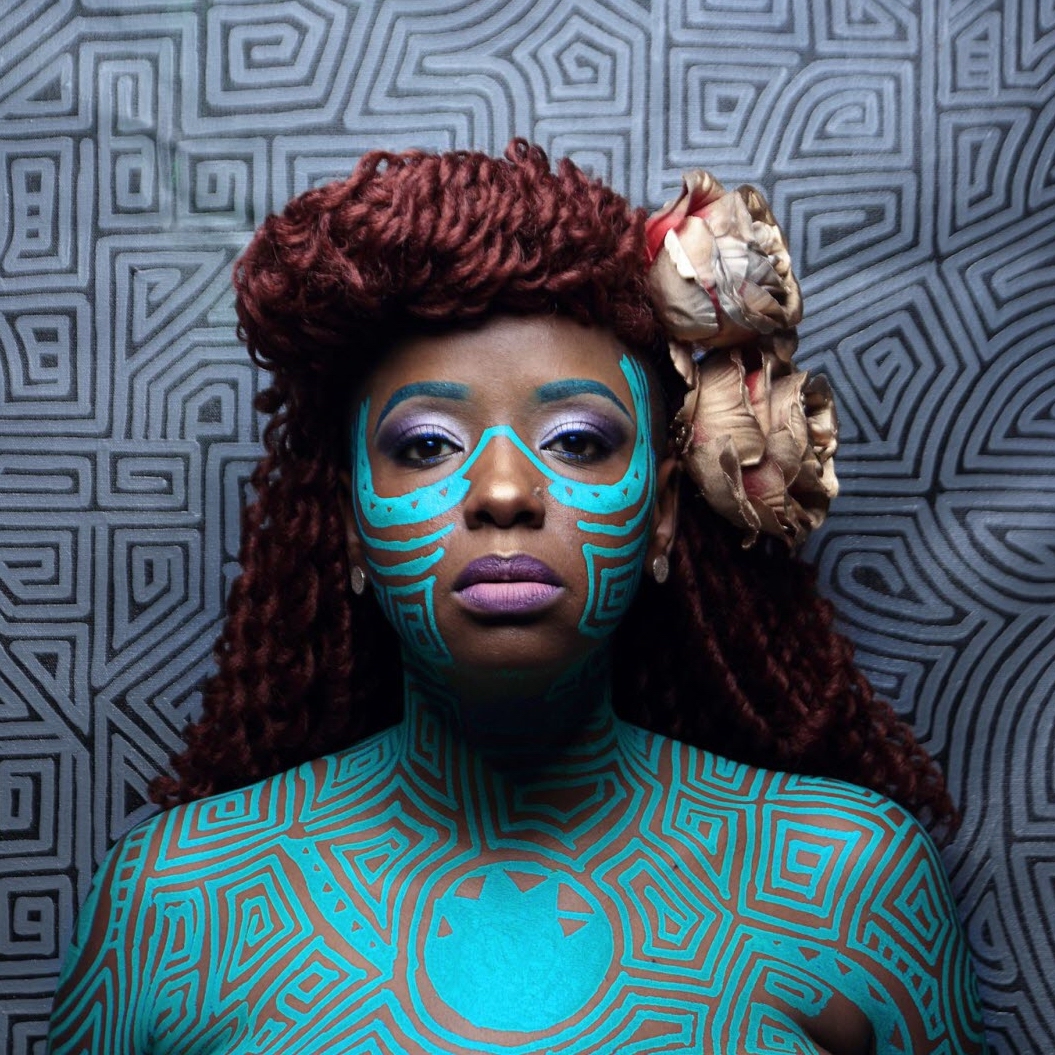 Muthoni Drummer Queen is a musical and cultural firebrand with a timeless, thought-provoking, genre-bending, afro diasporic sound, which, is an infectious club and radio-friendly fusion of african drum patterns, hip-hop, reggae/dancehall and neo-soul/blues. Her live performance seamlessly weaves together singing, rapping and drumming, embodying at once the consciousness of Lauryn Hill and flawless choreography, costuming and delivery à la Beyoncé. She pours forth the bold, the riveting, the immersive; she is the storm you will unreservedly be taken by. Muthoni’s music often finds itself musing on the state of Nairobi (and Africans at large) the human condition/ the human experience and the state of women. The underlying purpose of the works is to awaken the listener to their inherent divinity, their purpose and ignite/heal their longing for freedom. In muthoni’s words, “Freedom is the core of my existence and indeed of any work/platform I create.”

Indeed Muthoni was born and raised in Nairobi, Kenya in a lower middle class home. While she knew she wanted to be a performer in the footsteps of Michael Jackson, her family strongly discouraged her from her intended musical forays.
In retrospect, she supposes this might have been because there was simply no example/clear path for what a music career could be/produce. She believes the concern came from her parents desire for her and her siblings to truly fulfill their potential and have a better life than theirs. So, Muthoni learned to be smart about her dreams, doing very well in school while nurturing her interests through the school choir, and the theatre/drama/debate/public speaking clubs without much objection from her parents. This trade-off worked well till 2004 when she decided to fully go for her music career while also pursuing her degree in International Relations and Philosophy at the United States International University (USIU-A) where she graduated Cum Laude in 2007 . It was while organising her first concert in 2004 that she realised that she was good at producing shows and this experience would prove to be pivotal for the dual career she has since forged; as a recording/performing artist on the one hand, and as a founder & creative director of two Music festivals (Blankets & Wine and Africa Nouveau)