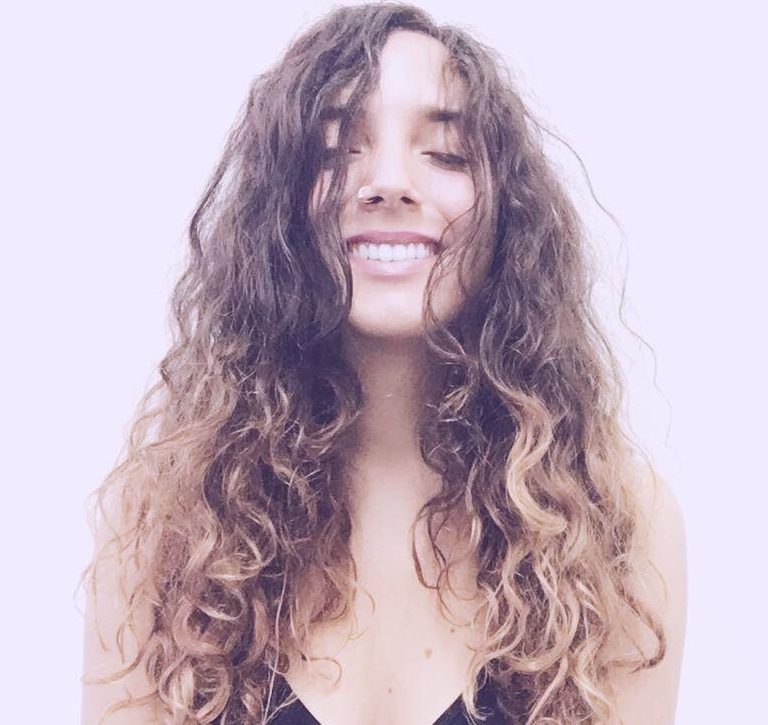 Kety Fusco begins to play the Harp at the age of 6 and shortly after she is admitted to the “Conservatorio Luigi Boccherini” in Lucca, Italy. She soon begins to participate at International Contests and receives awards from the 7 th Rassegna Musicale Giovani Arpisti di Lastra a Signa (Florence) and at the XIV Concorso Nazionale Riviera della Versilia di Viareggio (Lucca). After her High School degree she decides it is time to take a new road and moves to Brescia where she is admitted to the “Conservatorio Luca Marenzio” and graduates in the study of Harp. Being always a curious person she decides to experiment new musical worlds and in 2012 participates at a three week campus of M. Mogol of the European Center of Toscolano. At the end of the campus Kety was able to compose a pop song entitled “La settimana Dominante” that was selected as one of the best songs and was performed at the final closing concert. Not yet covinced to complet the formation with the classical music and dissatisfied with the climate that Italy reserves to art, she decides to move to Mesocco, Switzerland the city where her father lives. In 2013 she attende the Master of Arts in Music Performance at the “Conservatorio della Svizzera Italiana” where she obtained, 3 years later, the title of Master with excellent results. Kety has played as first harp with several orchestras, such as the Venetial Philharmonic Orchestra “Gianfrancesco Malipiero”, the Chamber Orchestra of Lugano directed by M. Stefano Bazzi and as a soloist with the Giuseppe Verdi Philharmonic Orchestra of Calci (Pisa) performing in the “Danze Sacre e Profane” di Debussy. The years of the conservatory, however, have left a deep trace: the music has led to an extreme form of autism that the psychologist himself called “autism of the harp”; Lost contact with the surrounding world and not completely satisfied with the work done, she decided to experiment with a new instrument, the Electric Harp, with which she began a new path of study with her friend and musician Zeno Gabaglio. Facing again a tormented time but determined and convinced to have taken the right direction, begins various collaborations with the singer Nadine Carina with whom she performs in a concert for the Fondation Suisa, with Charlie Roe who sees her in concert for the Dies Accademicus of the University of Italian Switzerland and with the “Niton” with whom she will play at the Lux cinema of Massagno (Switzerland). In October 2016 she met the Peter Kernel, a rock band from the alternative Ticinese scene, with whom she arranges, together with the “Wicked Orchestra”, the original PK songs, thus creating a live set that they toured in autumn 2018. Kety tours with PK in Europe playing in important festivals including Les Rockomotives in Vendôme (France) and Hop Pop Hop Festival in Orleans (France), and in historic venues such as the Moods in Zurich, The Petit Bain in Paris, The Antipode in Rennes, the Atelier 210 in Brussels, sharing the stage, among others, with famous musicians such as Yann Tiersen, Julian Sartorius and Rebeka Warrior. During the tour she feels the need to write her own songs and in January 2018 she released her first single “Floating Fragments”, a unique composition of its kind, created with electric harp, loop machines, synthesizers, sub. Of classical inspiration but with electronic / experimental influences, Kety does not forget the lesson from the great musicians including Alva Noto, Yann Tiersenn, Jon Hopkins, Terry Raley. The journey as an independent artist is traced: the single “Tears & Drops” and “Moving in the Dark“ come out. Kety Fusco plays her first live concerts in September 2018 and the same month she founded a booking agency, the “Future Ex”, with which she formed cooperators and she organizes her Italian Tour that will see her in concert in Rome, Milan, Florence, Pisa and Lucca in January 2019. The first single of this year called „Medusah“ and will be released for the label United Solists. Kety will leave for a European Tour calling Space Harp in May-June 2019 and playing in important cities and prestigious places such as the Klunkerkranich in Berlin. Medusah was the first song, produced by Aris Bassetti by Peter Kernel, which launched Kety in the beginning of a great career: in May 2019 Kety Fusco signs with the label Sugar Music, known for being the most important record label independent in Italy, among which there are great Italian artists such as Andrea Bocelli, Arisa, Negramaro, Motta and many others.