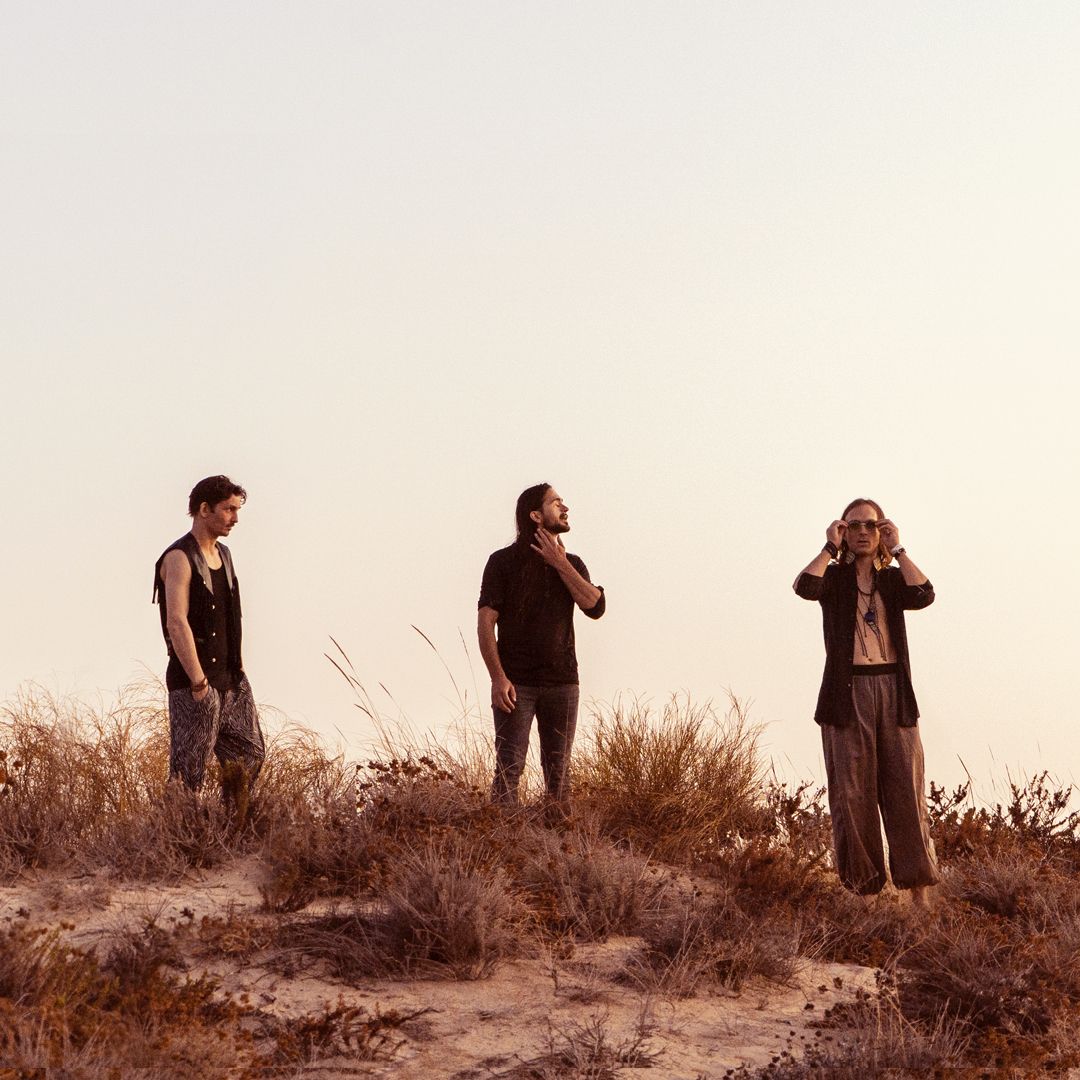 After over 500 shows all over Europe, three studio albums and a live album since 2017, the DIY Swiss vintage psych-rock power trio has established a lifestyle that revolves around music. Wether on the road or in the studio, it is the overwhelming energy, passion and dedication of the three inseparable friends that breathes life into Dirty Sound Magnet. Their desire to remain authentic and true to their musical ideal is felt instantly by anyone attending one of their live shows.

„Dirty Sound Magnet have been described as a cross between King Gizzard, Led Zep, Frank Zappa, The Doors, Pink Floyd, and Tame Impala but they are much, much more than that. It almost impossible to create something that is genuinely unique and unlike anything that has ever gone before, yet that is exactly what DSM do.

Jazz meets punk, psychedelia meets folk, soul meets prog, raw delta blues meets space rock, surreal arrangements and almost structureless song structures – all delivered with intensity, charismatic showmanship, virtuoso musicianship and (no pun intended) magnetism, not to mention a healthily rebellious rock & roll attitude. It is difficult to adequately describe the experience of this phenomenal gig in mere words – you really need to go see them for yourselves and then you, like those of us lucky enough to be here tonight, will know!”